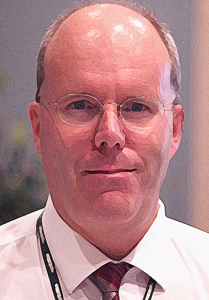 Mark Greenfield is a highly regarded, influential member of the higher education web community.  He is an experienced consultant and an award winning speaker who is known for his thoughtful vision of the future of the web and technology on college campuses. He is very active in the web community serving on numerous boards and committees.

Mark has worked at the University at Buffalo (UB) for 26 years. He currently serves as the Director, Office of Web Services, a position he has held since 2001. From 1997 – 2001, he was the Web Development Manager for Computing and Information Technology and the CIO’s Office.  He began his career at UB as a supervisor for Instructional Technology Services where he played a significant role in integrating technology into the classroom.

Mark has also served as a visiting instructor in UB’s former School of Informatics. His research interests include emerging technologies, social media, the mobile web, the Millennial Generation and their use of technology, and the impact of globalization and technology on the academy.

Born and raised in Hamburg New York, Mark currently resides in Clarence New York. His other interests include sports and music. An avid golfer and tennis player, he has retired from his favorite sport of lacrosse. He has held many coaching positions including lacrosse at Hamburg High School, The Nichols School, and Buffalo State College; and Girl’s Tennis at Hamburg High School. Mark coached the UB Men’s Lacrosse team for 11 years where he compiled a 170 – 45 record and led UB to national prominence on the college club lacrosse scene.