The Fate of Communications Services in Universities 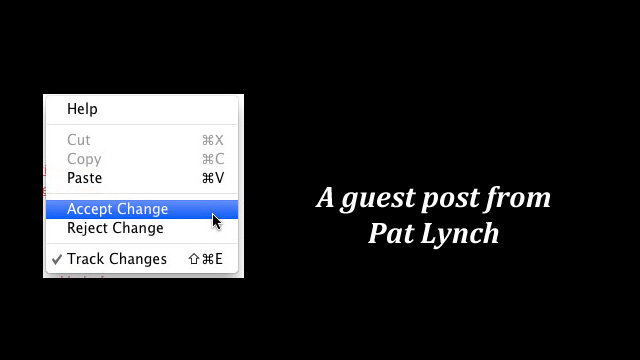 I rarely allow guest posts on this blog but today I am making an exception. Pat Lynch is someone who I have followed for many years and someone I deeply respect.  His book “Web Style Guide”, co-authored with Sarah Horton, was one of the first web books I ever purchased and I still refer to it on a regular basis.

Pat has shared with me his thoughts on the recent conversations on the future of higher education web development (see “When the Axe Man Cometh” on uwebd). His historical perspective on the future of university web services departments provides sage advice for us all. Thank you Pat for sharing your thoughts and I look forward to continuing this important conversation.

THE FATE OF COMMUNICATIONS SERVICES IN UNIVERSITIES 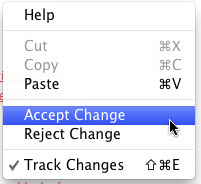 I spent most of my 39-year career (so far) at Yale as a manager and director of various kinds of internal communications services, including science graphics, medical illustration, video production, biomedical and general photography, computer graphics and slides film-recording (back in the 1980s), desktop publishing, web design, print and reprographics services, and web design.

In reading the recent discussion about the hardships and possibly dim future of university web services departments I saw many parallels with the fates of past communications services that came, flourished over several decades, and eventually faded away as technologies changed and the “digital revolution” absorbed virtually all forms of media.

Today a faculty member with a $500 camera and Final Cut Express can do more than we could with $150,000 of video equipment just 10 years ago. Owning FCE doesn’t make you Steven Spielberg, but the artificial barrier of access to exotic equipment is gone. Do we still need video professionals? More than ever, as audiovisuals begin to dominate web communications. You can’t do a faculty interview satellite feed to The News Hour with a FlipCam. But video (and web) professionals need to get used to having lots of company in the lower-skilled areas, and many “commodity” video shoot-and-edit jobs are being done by clients themselves now.

I’d love to think that my university employs me and my service department colleagues for the intrinsic value of our vast and varied media skills, developed over decades of experience, but the truth is much closer to this: The underlying rationale for a university service department is based on skills that are hard to find at that time, or involve equipment that the average faculty or staff member couldn’t afford, or wouldn’t know how to use. So, in the 1970s and 1980s fee-for-service university media departments made most of their money providing services people could not easily make on their own: (silver) photographic prints and slides, hand-drawn graphics, early forms of pen-plotter and film-recorded computer graphics, and various video and audio productions. All required expensive equipment, and knowledge about how to use that equipment.

We also did more exotic forms of communications like biomedical and surgical photography, medical and biological illustration, and higher-end graphic design, but the truth was that the commodity graphics and photo services subsidized the more complex offerings. As laser printers replaced most reproduction of graphics, charting software democratized the ability to create graphs and charts, and PowerPoint replaced 35mm slides, both the specialized and the commodity services shrank.

In my former field of biomedical communications, funded mainly by commodity photo services, most university departments are now a small fraction of the size they were  in the 1980s. They aren’t needed anymore, and they faded away over the last 15 years. Unfortunately some valuable services that were once more available to faculty were accidental victims of this shift. Photomicroscopy, biomedical photography, biomedical illustration, and high-end graphic design also shrank in many universities, more as a financial byproduct of the fading of commodity service departments, not because the high-skill services weren’t needed.

This cycle of waxing and waning of service departments is perfectly normal, and is (mostly) healthy for the university. It happened to photography and graphics, it will also happen to web units that flourished when the skills needed to create a state-of-the-art site were not widespread. The web was not invented yesterday—we’re now almost 20 years into the web era, and it’s long since time that we moved beyond the cottage-industry stage of web design as practiced by specialists, and entered an age when the average university staffer can expect to use the web for routine communications without needing specialized professionals to make that work.

At Yale that shift in web services means that we do dramatically less “static” web design, and now mostly use open-source tools like Drupal and WordPress, working in more standardized interface and identity templates (albeit with plenty of look-and-feel customization as required). This makes sense for our users, and for the University. For the next 3-5 years or so this sea-change in web support is keeping everyone very busy, but inevitably web jobs will change and some will fade away as we succeed  in democratizing access to the web.

So does this history mean that current web designers simply must accept the inevitable shrinkage of their web service units? Yes, but new opportunities in communications are constantly emerging. If today’s web designers think flexibly about their positions and skills, and pay close attention to the changing needs of their home universities, the future can be very bright.

Consider: The media departments I used to work in have mostly faded away, but today MORE people are employed at Yale doing various forms of communications support than in the past “glory days” of centralized graphics, audiovisual, and photography service units. The dramatically lower costs of digital communications (web, social media, digital audiovisuals of all kinds, graphic design across many media) have created far more opportunities than they ended. The people involved are decentralized throughout the university (another key effect of the change to digital media), instead of being concentrated in large service units centered around unusual or expensive equipment. Today it’s actually easier to find a university job in communications than it was 20 years ago. You just won’t be working in a big service unit.

So, the fate of web units isn’t necessarily another sad story of a once-thriving service fading away. In historical perspective this is really a more typical story about job change and evolution. It’s the way it is, and it’s the way it’s always been.