Mark is an experienced consultant and award winning speaker who works with colleges and universities to improve their web and digital efforts. His 35 years working on a college campus combined with his extensive consulting and speaking background provides his clients with a breadth and depth of experiences to fully leverage the web and digital. 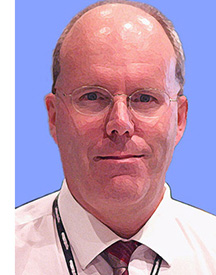 Mark brings a unique perspective to higher education web and digital, taking a holistic approach that helps campuses understand and integrate all aspects of the web. Mark’s focus is on value and return on investment. Ultimately, the success of web and digital efforts must be measured on the value they provide to the campus in meeting goals and objectives. Web strategy must align with institutional strategy, and web metrics must align with business metrics. During the course of his career he has managed hundreds of web projects and shares his knowledge and expertise though consulting and speaking.

Mark is a recognized thought leader who speaks and writes about the future direction of the web and the impact technology will have on the academy. He has given numerous speeches at national conferences and has written for a number of publications including CMSWire, Evolllution, and the Digital Governance Journal. He has also been interviewed by a number of publications including the Chronicle of Higher Education, Inside Higher Ed, Times Higher Ed, Information Week, and University Business Magazine.

Mark is also a highly regarded, influential member of the higher education web community, serving on numerous boards and committees. He is very active in the Higher Education Web Professionals Association (HighEdWeb) where he has served on the Board of Directors and was the Conference Chair for the 2013 HighEdWeb National Conference which brought 750 people to Buffalo and featured keynote speakers Steve Wozniak and Scott Stratten. His current work with HighEdWeb includes heading the Leadership Academy and serving as Chair of the Marketing, Content and Social Strategy track for the annual conference . He is also the founder and driving force behind the College and University Web Developers Social Network which currently has 4700 members from over 100 countries. He was also a recipient of the 2015 Summit Award for Industry Excellence at the eduWeb Digital Summit.

Mark has worked at the University at Buffalo (UB) for 30 years. In his current role of Digital Strategist he provides expert advice and guidance on leveraging the web and digital to reach organizational goals and objectives. From 2001 – 2015, he held the position of Director, Office of Web Services. From 1997 – 2001, he was the Web Development Manager for Computing and Information Technology and the CIO’s Office. He began his career at UB as a supervisor for Instructional Technology Services where he played a significant role in integrating technology into the classroom. Mark has also served as a visiting instructor in UB’s former School of Informatics. His research interests include emerging technologies, social media, the mobile web, the Millennial Generation and their use of technology, and the impact of globalization and technology on the academy.

Mark has worked as an Associate Consultant with Noel-Levitz in their Web Strategy Services where he helped with both web and social media strategy. He is currently serving on the Advisory Board for ExpertFile.

Born and raised in Hamburg New York, Mark currently resides in Clarence New York. His other interests include sports and music. An avid golfer and tennis player, he has retired from his favorite sport of lacrosse. He has held many coaching positions including lacrosse at Hamburg High School, The Nichols School, and Buffalo State College; and Girl’s Tennis at Hamburg High School. Mark coached the UB Men’s Lacrosse team for 11 years where he compiled a 170 – 45 record and led UB to national prominence on the college club lacrosse scene.